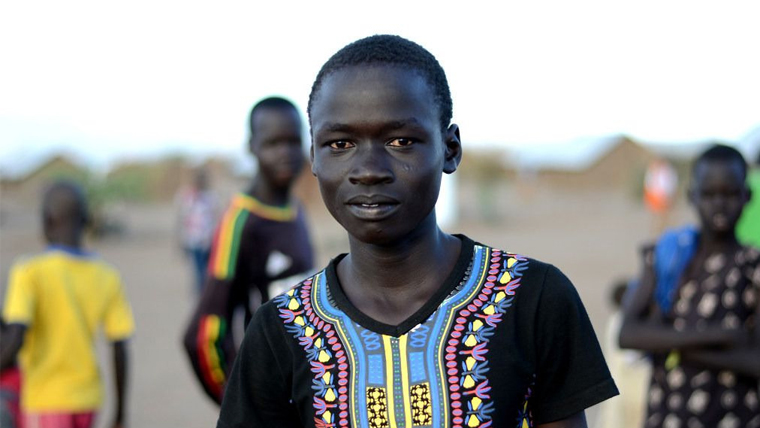 Tens of thousands of child refugees in Kenya are at risk of hunger and malnutrition now that food rations have been slashed in half, World Vision warns.

The World Food Programme (WFP) announced ration cuts on October 2, which will affect more than 420,000 refugees across Kenya.

International children’s charity World Vision distributes food including cereals, legumes, vegetable oil and nutrient-enriched flour to more than 80,000 refugees in Kakuma refugee camp in partnership with WFP. The charity is concerned about the thousands of children who will now not have enough to eat.

“To cope, refugee families will eat less or even skip meals. For children, this will mean they are not getting the necessary vitamins or minerals to grow healthily, which could result in a rise in child malnutrition,” said Victor Mwanyalo, a World Vision Food Assistance Project Manager based in Kakuma.

According to the WFP, US $28.5 million is required to adequately cover the food assistance needs for the refugees over the next six months. The halving of food rations will start in October and last for three months until December.

The WFP said the cutting of rations was a “last resort” and one that would be devastating for refugees, most of whom rely entirely on food assistance to survive.

The global responsibility to refugees and children’s health is long lasting.

We need to ensure that every child gets the support they need to reach their full potential. It is imperative for the international community to urgently protect children, by addressing this shortfall experienced by the WFP.