Burundi: One million children at risk of contracting malaria by Christmas 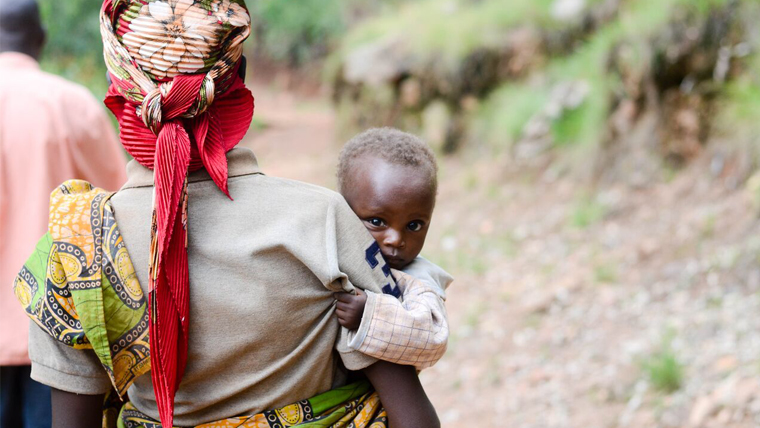 More than six million cases of Malaria have been recorded in Burundi this year, and up to a million more children are at risk of getting the disease before Christmas, World Vision warns today.

Burundi, which has a population of just 11.5 million, is entering its third month of seasonal rain.

According to the World Health Organisation (WHO), more than 6.4 million cases of malaria were recorded between January and October 2017. More than 2,800 people have died as a result of the epidemic.

Children are the most vulnerable to the disease, as they don’t have strong immune systems to fight off the effects of malaria, particularly if they are malnourished.

The vast majority of people rushed to health clinics are children under the age of 18.

In the last three years, a total of 19.7 million cases of malaria were recorded in Burundi, with more than 9,000 deaths. Many people in the eastern and northern parts of the country – where the epidemic is most severe – are reporting malaria cases several times a year.

Frontline health workers in Karuzi province, one of the worst affected areas, are reporting that up to 90 per cent of the people entering their clinics with malaria are children under the age of 18.

11-year-old Belyse lives in Karuzi and has already suffered from malaria twice this year.

“In August, I had a headache, a high temperature, I felt weak. I was taken to the health facility and they told me it was malaria. In February, I had malaria at school. I just went outside the class and laid in the grass until my parents came to take me to the clinic,” Belyse says.

The government of Burundi declared malaria an epidemic in March 2017 and has requested US $41.7 million to address to the situation.

World Vision is responding to the malaria epidemic but needs more assistance. The child-focused humanitarian organisation has so far reached more than 1.1 million people in its malaria response by distributing mosquito nets, spraying homes with long-lasting insecticides, training community health volunteers to identify and treat moderate cases of malaria as well as providing health clinics and hospitals with malaria treatment medication.