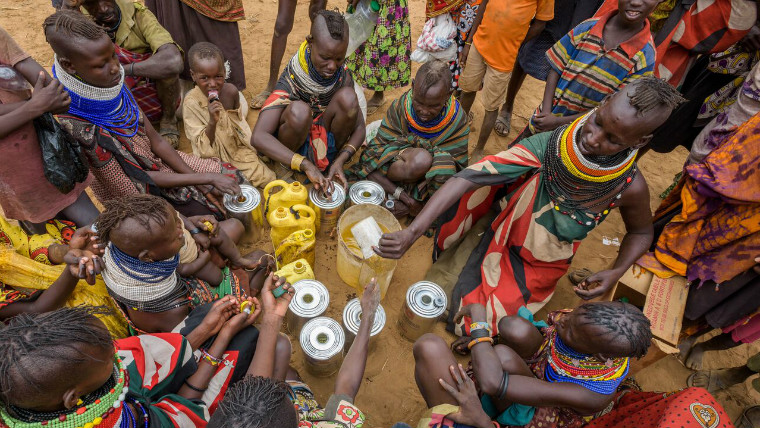 Thousands of children are at risk of cholera and other diseases following heavy rains in the Horn of Africa, humanitarian organisation World Vision warns today.

A cholera and Acute Watery Diarrhea (AWD) outbreak is likely to worsen, the charity said, and children are among those most at risk. The outbreak comes on top of a prolonged drought and hunger crisis affecting 22 million people in South Sudan, Somalia, Kenya and Ethiopia. Those already suffering from malnutrition, especially children, are particularly susceptible and are more likely to die.

Already, incidents of cholera/AWD have doubled in Somalia and Ethiopia this year. According to the World Health Organization more than 67,000 cases have been recorded across the two countries since January and over 1,400 people have died. New reports of cholera cases have also emerged in Kenya.

“Families have been forced to drink filthy, disease-ridden water during the drought. Recent rainfall is spreading this dirty water. There is also a lack of knowledge of hygiene and sanitation practices that would combat the spread of cholera and other water based diseases,” said Dr. Fungai Makoni, World Vision’s Director of Water and Sanitation and Hygiene for East Africa.

Children are in urgent need. We are already providing thousands with clean drinking water and food aid but the situation is overwhelming. More children will die if needs go unmet.

An estimated 9.2 million people in Ethiopia and 3.2 million in Somalia are in urgent need of water assistance. More than one million children across Kenya, Somalia and Ethiopia have been identified as severely malnourished in drought-affected areas.

Cholera/AWD is transmitted by drinking unclean water and through unhygienic practices.

“To adequately combat waterborne diseases, families must have access to clean drinking water and be knowledgeable of effective handwashing practices to stop transmission of disease,” Dr. Makoni said.

An appeal has been launched for US$110 million for World Vision’s response to the ongoing hunger crisis in East Africa to assist drought-affected families and combat deadly water-related diseases, including cholera, across the region.