International children’s charity World Vision has today issued a stark warning that hundreds of thousands of children in Somalia are facing a health crisis and starvation as a result of the continued drought and conflict. 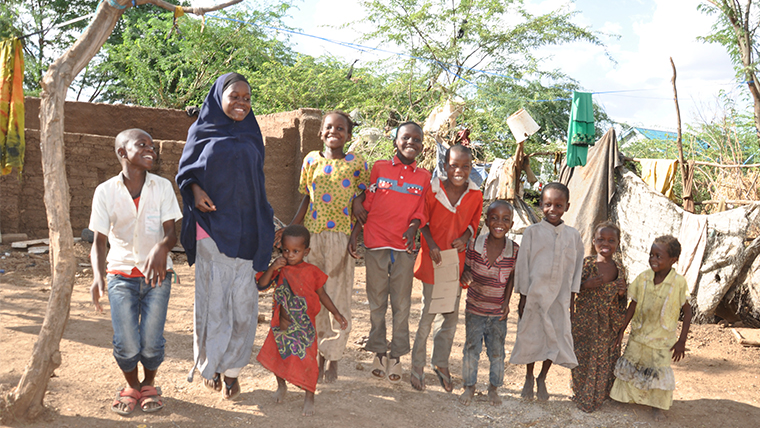 Describing the country’s malnutrition situation as "alarming", World Vision Somalia’s national director, Simon Nyabwengi, urged the international community to provide an immediate and concerted response to help save lives of the most vulnerable children.

Nyabwengi said: “The crisis in Somalia risks sliding into yet another famine unless we act urgently and swiftly. World Vision is appealing for £15.1 million ($18.5 million) to respond to the needs of 530,000 most severely drought affected people this year.

“We are most concerned by indications that the drought and food shortages is exacerbating the levels of tuberculosis (TB) prevalence rates as poor nutrition and access to clean water is affecting communities on a wide scale. Over 20 per cent of all children under the age of 14 are contracting TB, according to our experts. This is massively eroding our earlier wins as we had managed to score an 88.5 per cent treatment rate between 2014 and 2016. This work is under threat as the drought is leaving crisis stricken communities no choice but to travel to search for water and food. This makes it increasingly challenging to track the number of people requiring healthcare, which in turn encourages further disease transmission. Experts also already warn that there are possibilities the tuberculosis strain may develop into multidrug resistant TB that is more difficult to treat,” Nyabwengi explained.

This week, the United Nations warned that over five million Somalis - or more than 40 per cent - are starving due to poor rains and continued fighting in parts of the country. Famine was last declared in parts of the East African country in 2011, killing 260,000 people.

Both of Somalia's 2016 rainy seasons were below average and the April to June 2017 Gu season rains are predicted to be poor, according to the Famine Early Warning Systems Network.

Highlighting the condition of the children, Nyabwengi said: “Some 320,000 children under age 5 are acutely malnourished, and 50,000 of them are so severely malnourished they risk dying without emergency intervention. Compounding the crisis is the continued displacement of people as a result of fighting. This is one of the key factors curtailing our to build the resilience capabilities of villagers and communities in especially remote parts of Somalia.

“If Somalia could find a political settlement that brings peace across the country, the country would be set on a stable course to recovery. In the immediate term however, e are appealing for funds so that we may be able to relieve human suffering and strengthen the resilience and self-recovery of thousands of children and their families through the distribution of water, sanitation, food security, hygiene, health and nutrition, shelter and livelihoods programmes,” he added.

The maternal mortality ratio for Somalia is among the highest in the world at 732 maternal deaths per 100,000 live births. Around 3 million school-age children are also out of school with numbers predicted to increase.