Following the World Humanitarian Summit, 23rd to 24th May held in Istanbul, the aid agency World Vision was pleased with the level of participation and commitments to its core priorities especially around education in emergencies, humanitarian financing, innovation and partnering. 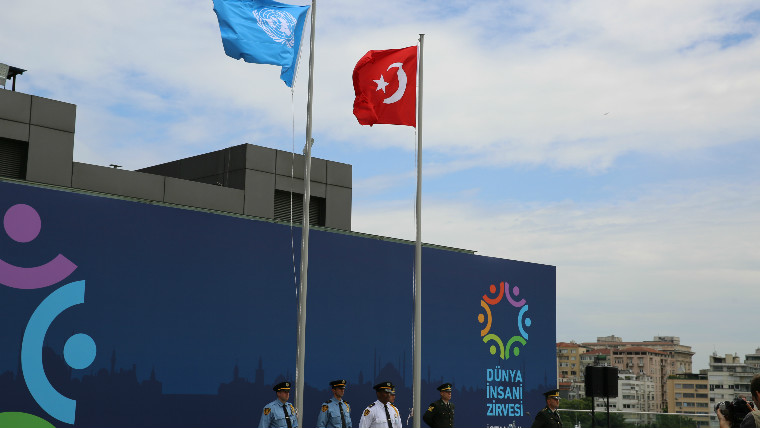 On education in emergencies, World Vision committed to reach 20% of children affected by disasters through their responses by prioritising education and child protection.

Nina Nepesova, World Vision’s UN Representative for Humanitarian Affairs and Global Humanitarian policy and Advocacy Advisor said: “We welcome the USD 90 million pledged to the new Education Can’t Wait Fund for education in emergencies which seeks to provide access to quality education to 75 million children and youth by 2030. It’s also great to see that over the two-day summit considerable donations were made from the Dubai Cares, the European Union, Netherlands, Norway, United Kingdom Department for Development, United States Government, achieving over half of the funds required for year one. “

On humanitarian financing, the launch of the ‘Grand Bargain’agreed by the 15 world’s largest donor governments and 15 major aid organisations was a significant achievement at the WHS.

“The ‘Grand Bargain' has the potential to realise USD 1 billion in savings through reduced duplication and management costs.  In particular, we endorse the Grand Bargain commitments to cash-programming, including affected communities in decision-making and the increased multi-year and contextualised funding models required to address the complex and protracted nature of crises like Syria, South Sudan and El Nino.

“We believe that now the emphasis must be on the implementation and will continue to advocate for the benefits of the ‘Grand Bargain' to flow directly to implementing partners, especially local and national actors, and affected communities,”continued Nepesova.

On innovation and partnering, as a founding member of Global Alliance for Humanitarian Innovation (GAHI) that was launched at the Summit, World Vision is particularly pleased by the strong show of support for the Alliance by a wide ranging number of actors - private sector, foundations, governments and many others.

“It’s great to witness the successful launch of GAHI, with commitments from Australia and Denmark to invest USD 320, 000 and USD 300,000 respectively in the Alliance, recognising the importance of innovation for improved effectiveness of aid delivery,”said Nepesova.

Despite many positive outcomes at the Summit, the aid agency is disappointed with the lack of attention to child protection in the face of multiple protection crises around the world, in places like Syria, South Sudan and the Central African Republic.

“The lack of political will to address the critical issues of bringing peace to children and families affected by war remains a terrible gap in the global conscience. While the WHS was never meant to be the place for resolution of crises caused by political failure, many States made commitments to uphold International Humanitarian Law and to protect the health of humanitarian workers. The ultimate test for these commitments will be felt in the immediacy of the states' actions.

The WHS must now lead to a robust framework of accountability and a roadmap for delivering on the commitments made by all actors that attended the Summit. World Vision is committed to holding itself accountable, to provide transparent reporting on the promises it made to the world’s children at the WHS, and to continue to challenge others to do the same,” added Nepesova.