The humanitarian system must move away from a centralised, one-system-fits-all approach to one that reflects reality, says World Vision International President and Chief Executive Officer Kevin Jenkins. 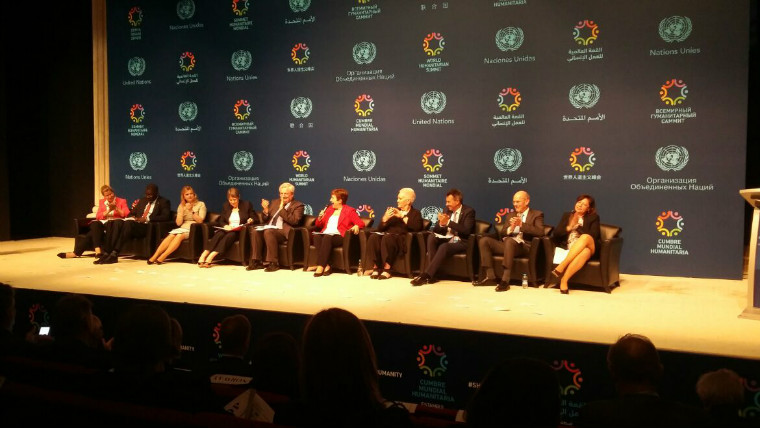 Speaking at the Grand Bargain Launch during the World Humanitarian Summit, Mr Jenkins speaking on behalf of Steering Committee for Humanitarian Response (SCHR), International Councils for Voluntary Agencies (ICVA), and InterAction recognised the importance of the Grand Bargain, which advocates for more efficient, transparent and accountable humanitarian funding models.

“The Grand Bargain commitments are an attempt to bring significant improvements in the way aid is collectively mobilised and delivered, including a reduction in the number of links in the humanitarian funding chain, with a clearer view of what value each layer is adding along the way,” Mr Jenkins stated.

“NGOs [non-governmental organisations] recognise that the Grand Bargain is not a panacea for all the problems of the humanitarian system. We believe, though, that those who have come together to agree on these 10 commitments have negotiated a serious and realistic way forward. This should be seen as the first stage of an ongoing process.”

Mr Jenkins said the onus was now on the implementation of the Grand Bargain and that the time was right to “make it happen”.

“There are Grand Bargain commitments that NGOs can take forward on our own, and others that are more systemic in nature, and to which we can only contribute,” he said.

“NGOs recognise that the implementation of some commitments may reflect incremental steps towards larger improvements. The humanitarian system must move away from a centralised, one-system-fits-all approach to one that reflects the reality.”

Mr Jenkins added that the international aid agency’s vision was for the Grand Bargain to support an ecosystem of diverse actors, with affected people at the centre, where frontline and national responders receive adequate and timely resources.

“Our diversity in approach is our strength, and so depending on whether individual NGOs are direct responders, working with partners, channelling funds, or a mix of all, what we each can commit to will vary. Nevertheless, as NGOs we are committed to being as ambitious as possible in the individual targets for Grand Bargain commitments that we set for ourselves," he said.

Mr Jenkins advised that the success of the Grand Bargain would “rise and fall on the back of implementing organisations”.

“They need funding that is commensurate with the task at hand, accessible, nimble, longer-term, not tied up in red tape. They need to be treated as partners, not contractors,”he said.

“In three years time, when we talk to aid workers and the populations they assist in the field, we want them to say the Grand Bargain has made a positive difference in their lives.”

Mr Jenkins recognised the extensive work and engagement that had occurred around humanitarian financing.

“Over the past 18 months, excellent people have come together to help make humanitarian funding more efficient. There has been a lot of interest in this process. We engaged because we thought the Grand Bargain provided us with opportunities for important change," Mr Jenkins said.

“For this to happen, we need a robust implementation plan that brings together the technical experts from states, UN agencies, NGOs and other stakeholders,” he stated.

“Making change will cost.  But staying the same will cost more.”

For more information on what the Grand Bargain need to do to succeed at the World Humanitarian Summit, read the latest blog by Julian Srodecki, World Vision's Humanitarian Grants Technical Director.