World Vision’s response teams and ambulance fleet are on standby after Sierra Leone officials confirmed a new death from Ebola. 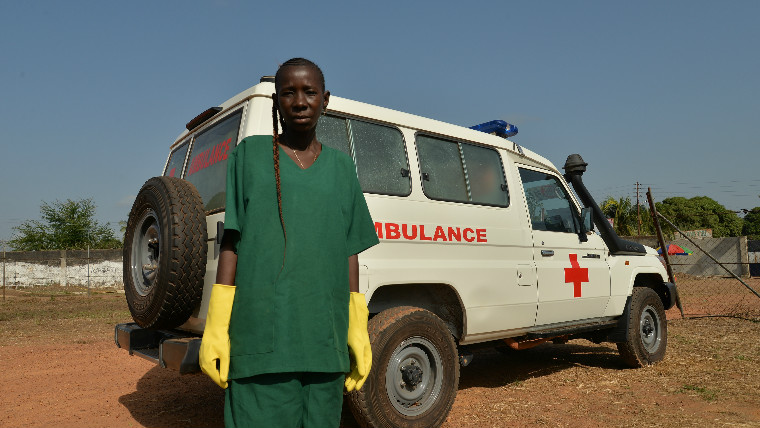 The aid agency is on heightened alert as a new Ebola case was reported the day after the World Health Organisation (WHO) declared the West African region as Ebola free.

Samuel Fonnie, Acting National Director at World Vision Sierra Leone, said: "It's devastating news and no exaggeration to say that the entire country's in a state of shock. People have been through so much, and were just preparing to mark the end of Ebola in the whole of West Africa.

"Our burial teams and ambulance fleet are on standby to help as the situation unfolds. Ebola has taken its toll on Sierra Leone, and it will take time to contain the situation once again."

While the news comes as a shock to the region, Samuel Fonnie believes that the country is much more equipped to deal with this set back.

“Although we are disappointed with the announcement, we have learned a lot from the initial outbreak that happened nearly two years ago. This is simply a reminder that we must remain vigilant to the possibilities of another outbreak,” said Mr. Fonnie.

He added: “The short-term priority is to closely monitor the situation on the ground. However, moving forward, it is important that the entire West African region strengthens its health systems and map out the steps to handle another emergency health response. We need to ensure as a region, as a country, we can adequately respond to not just the threat of Ebola, but any other outbreak of diseases.”