The international children’s charity, World Vision, this week hosted six individual supporters of its work in Niger, to discuss developments in the drought-stricken West African country. 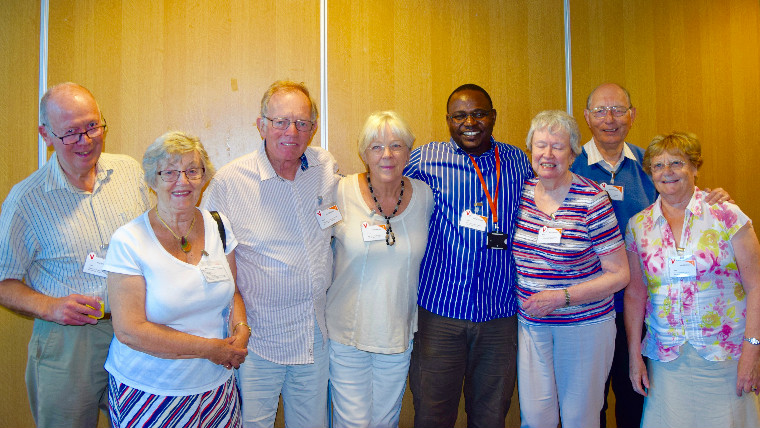 He said: “Our country is not the most famous in the world. Our challenges and needs are immense and almost insurmountable. That the people of the United Kingdom find it within their hearts to support the most vulnerable children in Niger –whom they have never met –speaks volumes about your big hearts and charity.

“It’s been a very humbling experience, meeting these child sponsors in Milton Keynes. This is the first time such a meeting is happening, so it’s a special occasion. In Niger, when a child receives a letter from their sponsored individuals, they would run around the village screaming ‘look at my letter, look at this picture of my friend.’For them, it’s hard to imagine how someone so far away in a city called Milton Keynes could love them so much,”he explained.

Niger is ranked last in the UN's Humanitarian development index with a life expectancy of 55 years, while it's literacy rate - at 29 per cent is the worst in the world. The country also struggles with the Boko Haram Islamist insurgency. To compound the crisis, over 2.1 million people in Niger are reportedly in dire need of food aid with malnutrition rates in children among the highest in the world.

Norman How of Long Buckley, on Tuesday, saluted World Vision’s work in enabling child sponsors to virtually connect with the children they support.

“Meeting with Gambo from Niger was an eye-opening experience and two things really came over. World Vision has made a magnificent difference in the area of water, and really helped create a big increase in the amount of people who have access to clean water,”said Norman How, who has been sponsoring a Nigerien child for the past 18 years.

“But then the second thing is that there’s only a small percentage that can be helped, and absolutely immense need. You can only hope that World Vision’s work spreads out like a ripple on a pond to reach more people,”he continued.

World Vision has been working in Niger for over 20 years and is aiming to support over one million children in the West African country by 2021.