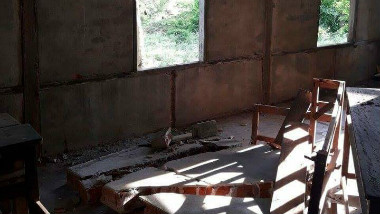 World Vision staff in Myanmar were this afternoon shaken and recovering from the tremors after the quake struck areas close to where the agency operates three Area Development Programmes.

“We are in shock, reeling from an earthquake that has rocked even our neighbours in India, Bangladesh and Thailand.  Our humanitarian staff will be working closely with the government and local authorities to assess damages. We remain on standby to respond if called. We hold families, including children near the quake’s epicentre and beyond, in our regards,”said Moe Thu, Myanmar’s Associate Humanitarian and Emergency Affairs Director adding that all World Vision staff were safe and accounted for.

In Italy, authorities are warning that the first quake was comparable in intensity to a 2009 earthquake in the Abruzzo region of central Italy that killed more than 300 people. Strong earthquakes struck a mountainous stretch of central Italy early Wednesday, killing dozens of people, trapping scores under debris and setting off tremors that awakened residents in Rome, nearly 100 miles to the southwest.

Emanuel Bombardi, the CEO of World Vision Italy said: "Our prayers go out to those impacted by the quake.  Italy is vulnerable to earthquakes and this was a shallow one that was felt across much of central Italy.

"Reports say there are a number of people still buried in the rubble so we sincerely hope that the numbers of people already found dead does not rise.  We are monitoring developments to see if any support is needed and we will respond appropriately, " he added.