Eleven-year old Omar is from western Mosul. He remembers the day ISIL arrived at his school and started teaching them about bombs, guns and killing people.

Three years later, he’s been living with his family in eastern Mosul in a rented apartment. Their house in western Mosul was destroyed and Omar and his siblings were severely injured in an explosion.

Omar lost his leg and his brother Ahmed has brain damage from a piece of shrapnel that lodged in his skull. 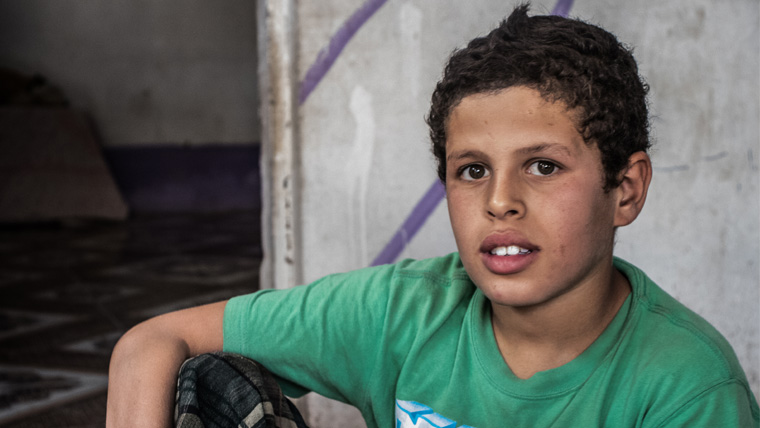 Without work, Omar’s father Hathi is struggling to provide for his family and doesn’t know how they will survive. They have to borrow money to take their children to hospital and now find themselves in debt. Poverty is now one of their biggest concerns.

World Vision is working with a local partner, Al-Ghad, in eastern Mosul to identify vulnerable children like Omar and his siblings.

We are helping Omar and his siblings to access healthcare and arranging for Omar to receive a prosthetic leg and a wheelchair.

My name is Hathi and I'm 43. I have three children. Ahmed, Omar and Nabar.

I was born in Mosul. Before ISIS, life was stable and I was a laborer building houses and life was OK.

But when ISIL came, life was difficult. We lacked freedom and we couldn't go to different places.

We were forced to live in the city and we weren't allowed to leave. Life was very difficult. ISIL destroyed us. Destroyed our life. 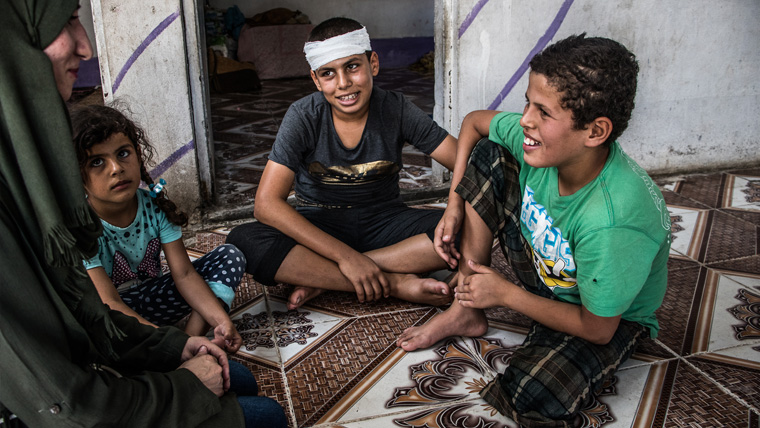 They killed people. Things got worse. There was no food and sometimes no water. We were eating only flour and water. We mixed them together and we all ate it. My children were skinny because of the lack of food. We had never seen this kind of poverty. By the time the Iraqi troops arrived, we only had 20kg of flour left in the house. There were 10 people – two families – in the house sharing one bag of flour.

Life was very difficult – there were bombs and the bodies in the streets. We could hear people crying and screaming in the streets because when they tried to leave, ISIL would kill them. Sometimes people had to leave their family members, who were injured, laying in the street. They couldn't carry them when they left. We tried to prevent the children from going outside to stop them from getting killed.

The explosion happened at 12 noon. It happened suddenly. I tried to find my children. I found five children who had been killed. They were my cousins’ children. We buried them in the yard because we didn’t have anywhere else to bury them.

I took my children to hospital. It was under ISIL control, but what could I do? They were bleeding.

I was shocked and unbelievably distressed because my cousins’ children had died in front of my eyes and I couldn't help them. There was blood and we were shocked. Omar lost his left leg and he lost a lot of blood and was very pale. We asked people to donate blood but they said they were too skinny.

ISIL soldiers came to my house and asked if we were escaping. I lied and said I was taking my children to the hospital. If they thought we were escaping they would have killed us. When we tried to escape, ISIL attacked us and our relative was shot.

We've been renting a house in Eastern Mosul. The biggest problem is that we cannot pay for the rent. We don't have the ability to pay the electricity bill and we've been told the electricity will be cut next month. The people when they see the children’s situation, they try to support us. But this support may not continue for the next month.

When we try to take the children to the hospital we asked the neighbors for money because we didn't have any. And now we are in a lot of debt. My daughter got shrapnel in her stomach and she had surgery to remove the shrapnel. 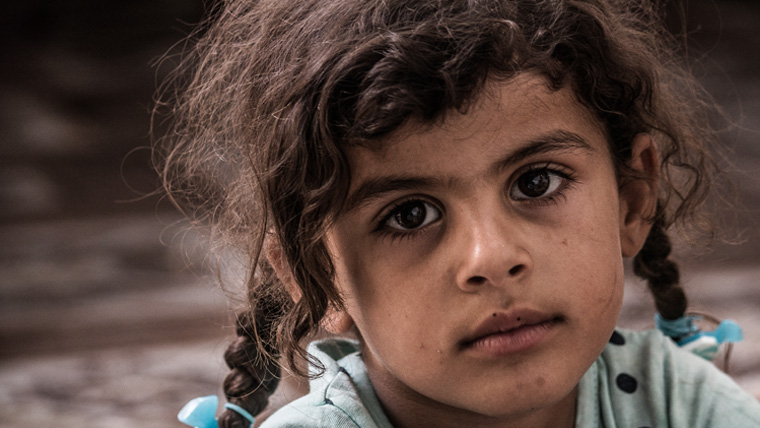 We want to send the children to school. But we don't have clothes and money to buy a bag for the children.

I was in third grade when ISIL arrived. They took over the school and we didn't go anymore. I spent one day in the ISIL school but I didn't want to go.

It's about three years since I've been in school. I'm waiting for the new school year to start.

[Before ISIL], life was quiet I would go to school and play football in the street. But when ISIL came they used the playground for bombs.

I was hoping to be a footballer in the future. I like Barcelona. We are disappointed when they lose. 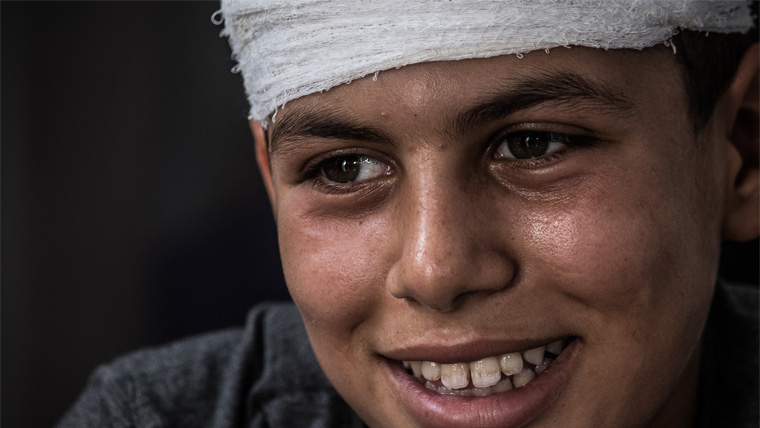 My life changed when ISIL came. It changed to war. My life became bad because I left school, and the children who played with us were killed and I can't forget them.

I hope to have a leg in the future.

Children in Iraq have endured years of catastrophic conflict. Since 2014, 3.3 million children and adults in Iraq have been forced to leave their homes and seek shelter from the fighting.

Many people have moved to very remote camps where they live in tents and sleep on the ground. Others are living in abandoned buildings, with relatives or in rented houses.

Although Mosul has been re-taken from ISIL, families continue to struggle and many face a life of poverty because they have lost everything. Unemployment is high and most children have missed years of school. In western Mosul, homes, infrastructure and services have been almost completely destroyed.

Other cities in Iraq are still under siege and families continue to flow into camps. Some people are also too scared to return home, or cannot go back because their houses have been bombed.

World Vision is working in camps and urban areas throughout the Kurdistan Region of Iraq and in eastern Mosul. We provide emergency assistance to families including food, water, blankets, stoves, mattresses and healthcare. We also support children and adults with longer-term education, protection and economic development programs to help them recover and start rebuilding their lives.

As part of World Vision’s child protection programs in eastern Mosul and in the camps, we have teams of social workers who identify some of the most vulnerable children. The social workers offer psychosocial support and connect children and their families with other services, such as hospitals and disability assistance, to improve their lives. They also help reunify unaccompanied and separated children with their families.

Find out more how you can support our work in Iraq.