Four-year-old Moratab sits listlessly on her father’s lap. Her thin little arms hang by her sides and her glazed eyes roam around the room, never focusing on one thing.

Moratab and her family are from Hawija, a city in northern Iraq controlled by ISIL. Her uncle Watban says life has almost stopped in their city. 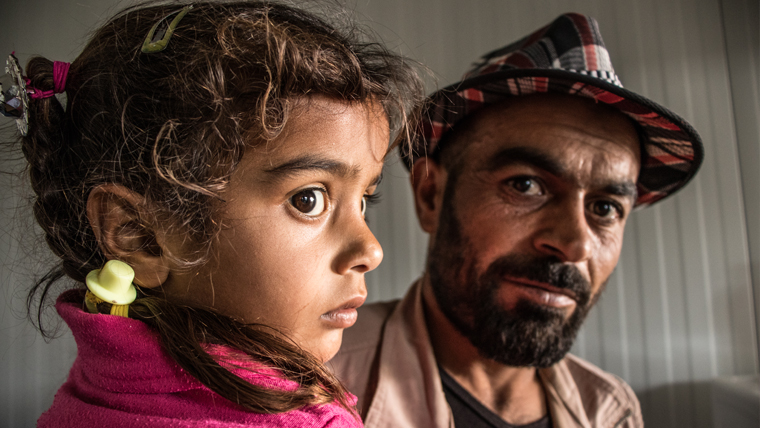 “We were jobless, we had no food. We could only eat corn,” he says. “We were worried we were going to be killed. Because they (ISIL) were always looking for a reason to kill someone – anything at all, even small things. I was always worried I'd be the next to be killed.”

“At the beginning, the children were not so aware about what was going on. However, over time you could see the impact on them – children in the street shoeless and working. Children were always seeing bodies and blood. There were always children who would stop speaking for a week because they had seen people who had had their throat slit and died.”

Eventually, fear and hunger drove the family to take the enormous risk to escape.

“The bombing and booby traps were all around us when we were escaping,” Watban says. “It was winter when we left and in some places the water was up to our neck when we crossed the rivers.”

The family now live in a dusty, scorching hot camp close to the city of Kirkuk. There’s nothing for miles around the camp apart from barren landscape. It’s hard to imagine this part of the world ever gets any rain, let alone enough to make the rivers charge.

Shortly after they arrived in the camp, Moratab fell ill.

“My brother's daughter started getting sick a month after we arrived here, in March [2017]. She would have a high temperature for one week, then she'd get better again,” Watban says, looking at his niece with concern. 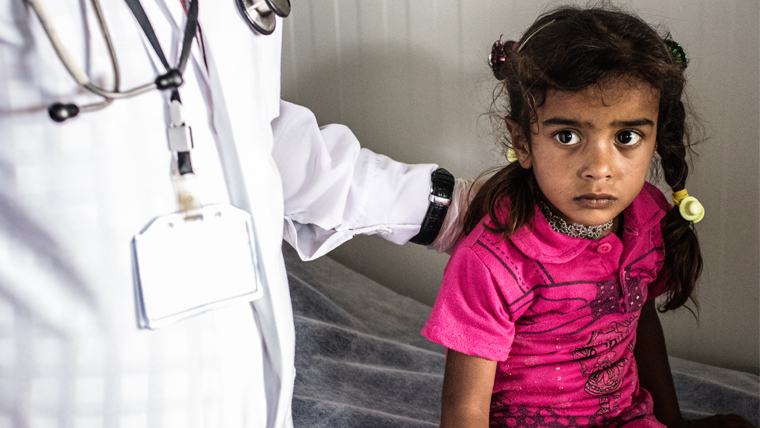 “She's been vomiting for three days. Everything she eats she vomits up, and she is always weak and unwell. She sleeps for too long.”

For thousands of children and adults in the Kurdistan Region of Iraq, accessing healthcare is a daily challenge. After years of conflict and severe economic recession, the health sector has almost ground to a halt, with shortages of medical supplies and qualified health workers.

Children like Moratab, who have been displaced by conflict and now live in camps and host communities, are most at risk and are in urgent need of support.

World Vision has set up seven mobile and static clinics to provide free, lifesaving healthcare to some of the most vulnerable children and their families. The clinics offer a range of services such as treatment for diseases, care for pregnant women and new mothers, immunizations and the provision of medicine.

World Vision’s team of 11 doctors and 11 nurses have so far provided more than 10,000 consultations.

“At the beginning, we visited another clinic but then it closed so we came here [to World Vision’s clinic], and it's much better and we found treatment,” Watban says.

“The doctor said she might have a virus in her stomach. She got medicine yesterday and then more treatment today.”

“They (the World Vision doctors) are helping us a lot. It's free of charge, they treat us well, they give us the chance to talk and I feel free to speak. We also don't have to wait a long time…everyone can be seen. Here they have medicine for lots of issues.”

Find out how you can support our work in Iraq.