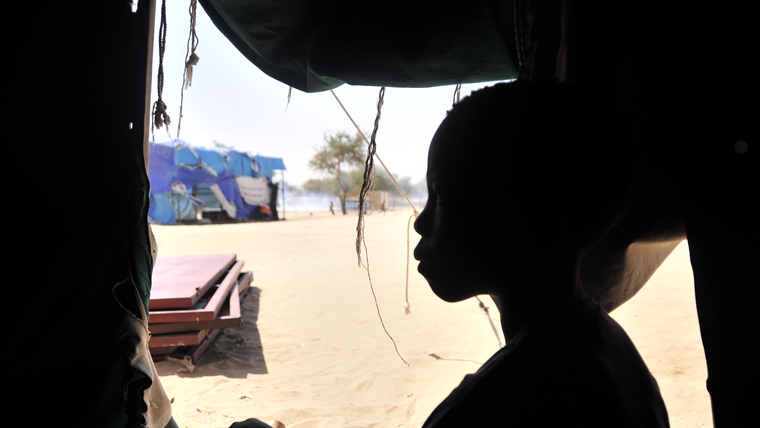 While the world focuses on the terrible mass kidnappings of women and girls in northern Nigeria by Boko Haram, boys have also suffered in the crisis; many are also abducted and conscripted. Over the past three years, militant groups have kidnapped more than 10,000 boys and trained them in boot camps, abandoned villages and forest hide-outs, according to government officials in Nigeria and Human Rights Watch. Boys as young as five are taught how to use weapons, and children are being used as suicide bombers. Since 2014, 117 children have been used to carry out suicide bomb attacks, of which 27 have already happened in the first quarter of this year (UNICEF 2017). One of the children who fled from Nigeria after being kidnapped by Boko Haram, and is currently supported by World Vision in Niger, tells a related story.

Mohamed (12) and his family, now live peacefully at a displaced people’s camp in Niger, where they have been for the past two years. "Before the crisis I was living in Damasak (Nigeria) with my family. I was enrolled in school, and I used to attend classes from 12:00 to 16:00 o’clock. My father looked after a vegetable garden and we all helped him with it. Every morning I used to sell fried yam at the local market and help my mother to sell condiments in town", he shyly explains.

"The day Boko Haram attacked our town for the first time, I was at the market selling yam. Disorientated and afraid, I ran towards the river, but midway decided to go back home. On arrival home, I found the house empty, so my friends and I decided to go back to the river to cross. Unfortunately, this time we were unlucky, because we were kidnapped and taken to a big compound in town” recalls Mohamed from the day he was kidnapped.

‘We will educate you and you will all become fighters,' the man who kidnapped us said. At the compound the person responsible to look after us had three soldiers with him. He told us that, the best boy among us will be conscripted and given a “Bundu” (a local name for a fire arm). Sometimes he used to hit us with a whip, because we used to take too long to do some tasks, like going to bed on time, but the good boys were allowed to wander outside the compound. I also heard lots of people being killed at the compound, especially the ones that tried to escape. I stayed at that place for over two months," Mohamed says.

Mohamed explains how he managed to escape from captivity with the help of his grandfather. "My grandfather stayed at Damasak, because the elderly were spared. One day he picked up girls' clothes and during one of my visits home, he asked me to wear them, with a head scarf and advised me to tell the soldiers at a checkpoint that my name is Yana.

Mohamed and his grandfather were very happy to be reunited with their family at the refugee camp.

"Soon after our arrival at a new camp, people from World Vision came to ask questions of children and then they set up this child friendly space (CFS), where children meet every day to play, sing, dance and learn new things. My parents are more reassured because of this space, because I stopped going to the bush or wander around the camp. I stopped having nightmares, and I no longer feel afraid, that I will be kidnapped. I feel happy here, because this place allows me to forget the time I spent at the compound. Here I received notebooks and other school materials. Here I attend school and at the end of the classes play with my friends in CFS playground area.”

Mohamed hopes to return home someday and become a well-known food trader when he grows up.

The ongoing crisis in the Lake Chad Basis has left 10.7 million people in need of humanitarian assistance. Displacement affects children disproportionately – of the 2.4 million people displaced, 1.4 of them are children. Find out more about our emergency work in the Lake Basin here.

Here we meet Paska, an extraordinary girl, who has become carer to her three younger siblings at the age of just 11.
World Vision's emergency work