11-year-old Emmanuel wants to be the president of South Sudan. The reason, he tells me, is “to bring peace to my country.” 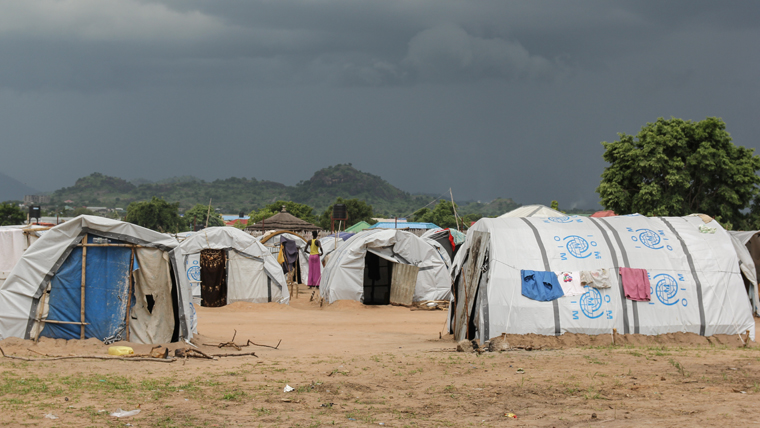 Emmanuel has been living with his father at a Protection of Civilian (PoC) site in Juba, the capital of South Sudan, for the past two years. His mum and sisters don’t live with them, but in the main town.

Emmanuel’s family came to Juba in January 2014, following an outbreak of fighting just before Christmas 2013.

“There was a lot of fighting and many people were killed. We escaped and came to Juba.” recounts Emmanuel with a ready smile.

Emmanuel tells me he doesn’t know why half of his family still lives outside the PoC  - perhaps they are safer there.

But he does know one thing - it is the conflict that has separated them. “When we were at home before we were all living together, but here we are living separately. I have not seen my mother and sisters since we came in 2014. I miss them a lot,” Emmanuel says sadly.

When asked how he will bring peace to South Sudan if he becomes the president, Emmanuel tells me that he will ask everyone to surrender their guns so he can have them all destroyed.

“If people don’t have guns there will be no fighting,” he explains earnestly.

Since December 2013, the conflict in South Sudan has devastated the lives of millions of families and displaced more than 2.78 million people. About 1.73 million of them have been displaced internally in South Sudan and over one million are refugees in neighbouring countries.

In the chaos, families are struggling to feed themselves and over 400,000 children are out of school. Emmanuel is one of the lucky ones, and is in Year 4 at the school in the PoC. His sisters in town, however, are likely to be amongst those missing out. For Emmanuel school is a highlight at the site, and he loves his teacher.

Universal Children’s Day falls on the 20 November every year and marks the adoption of the Convention of Rights of the Child by the UN General Assembly. The convention promises all children the rights to many things, including the right to be safe, make decisions, and have an education. This year’s anniversary has been especially focused on the children who are least likely to receive the rights due to them – children like Emmanuel and his sisters, living in unstable and conflict affected conditions, and often living in fear.

A child focused organisation, keeping children safe and giving them the skills and experiences they need to thrive in life is at the heart of everything World Vision does, both in our child sponsorship projects and in our emergency response in countries like South Sudan.

*Names have been changed to protect identities.

Communities across the world are celebrating healthcare workers during the coronavirus pandemic. Meet Ailbhe in the UK and her colleagues abroad.
South Sudan Crisis Appeal