Ups and downs | Helping Ebola orphans in an uncertain future 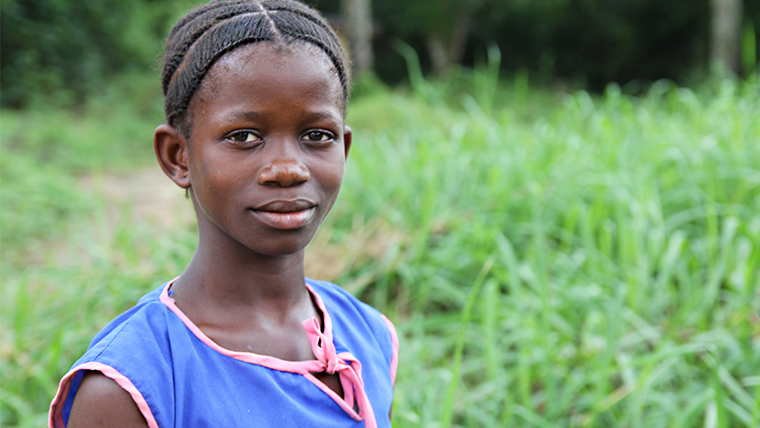 Sitting on a grey plastic chair, ten-year-old Musu shyly holds onto a plastic bag that holds her school supplies: two pens, several notebooks and a children’s book explaining what Ebola is. The primary school student doesn’t smile often these days, but when she does, her bright grin tells of a time long passed; when she was happily living with her parents and siblings in Eastern Sierra Leone.

When her parents lost their battle to Ebola last year, Musu was fighting the virus herself in one of the treatment centres in Bo, the country’s second biggest city.

“I was so, so scared,” she quietly says in her local language Mende, looking down and wiping tears from her eyes. She’s trying hard not to cry, because showing weakness means being ungrateful to God in her culture.

“I loved my parents so much. We were six people in my family: three girls, one boy and my mother and father. We sat together often, eating dinner out of one bowl, laughing and talking. We had enough food. My parents always asked how I liked school and they gave me advice on my homework and on how to be a good girl. I felt so happy.”

But then Ebola came to Musu’s village.

“We hadn’t heard of Ebola before, so everything was very confusing. I was so sad because I couldn’t go to school anymore. I sat at home all day with my siblings and it was very boring. I wanted to go back to school.” 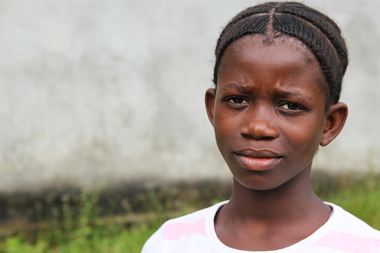 Musu turns her head to the side. She can’t hold back the tears that she’s trying so hard to fight.

“My father was the first one to get ill, and he died in our house. Then my younger brother also got sick and then my mother. It was September 2014. They all died in our house in the same month. I felt so depressed and sad and lonely. I cried so much, but I wasn’t able to think about their deaths very much, because my younger sister Adama and I developed symptoms as well and we were taken to the government hospital in Bo. My sister got worse and was taken to the Ebola treatment centre.”

Musu pauses for a moment, and takes a deep breath, “then the same happened to me.”

“I was so scared at the treatment centre. I was very ill, but I cried all the time. I was thinking about my own death and I was afraid to die. That’s when I had my dream; I saw a girl and her body was covered in scars. I was frightened of her, but she kept walking towards me in the dream. Then she whispered, ‘You and your sister will survive. You will not die.’ I believed the girl in my dream, and me and my sister survived.”

When Musu was discharged from the treatment centre she was given a certificate to say that she was free from Ebola, and it was no longer dangerous to be around her. Musu and her two sisters moved in with their uncle and his four children. She explains that after Ebola, everything was different. 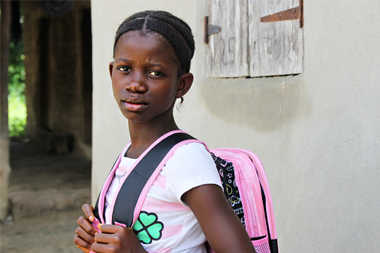 “I didn’t want to go back to school at first, and sometimes I still don’t want to be there. My friends were scared of me, because I had Ebola and they knew I survived. At first, none of them played with me and I was very lonely at school. The teacher had to explain that it’s not dangerous to play with me, and slowly, my friends came back.”

Musu tells us that she has chores she must complete in the morning before school; she fetches water from the well, sweeps the sitting room and tidies the bedroom.

“Usually I’m not having lunch. My parents used to give me money for lunch or they would give me food to take to school. When we returned from class, there was always food on the table. Now I’m always hungry and I miss my parents so much. We don’t have enough food at my uncle’s house.”

Three months after we first met Musu, we went back to catch up on how she was doing, only to discover that she was experiencing further complications as an aftereffect of the virus and had had to return to hospital. Over the months, her eyesight had vanished, a common side effect of the virus that Ebola survivors face. "The virus, although not contagious anymore, has stayed in her eyes and can potentially cause complete loss of sight," a doctor at the hospital told us.

When we met Musu again she was desperately battling in hospital, hoping to not lose her sight. After several weeks of recovery, her eyes eventually improved. From the hospital, Musu and Adama were offered a full scholarship for school and lodging at an orphanage near their village.

Standing with children in uncertainty

Their nine-year-old sister Maria has remained at home with their uncle. Separated, the girls miss each other dreadfully, but even before Musu’s return to hospital, Maria had become a sponsored child and the family was receiving help from World Vision.

Aside from making sure they get proper meals and everything they need to go to school each day, sponsorship also pays for a home visitor, who fills in some small way the hole left behind by their mother.

When Musu still lived in the village, her home visitor was a major support and encouraged her to go to school.

She told us with a smile, “My visitor wakes me up in the mornings, braids my hair and tells me that it is very important to go to school. I only went back to school because of her. And it is thanks to her that I still go to school every day. It is still difficult for me sometimes. I’m sometimes scared that other children will mock me because I don’t have parents.”

Sierra Leone was officially declared Ebola-free last autumn, but the recovery process, like the rolling waves of suspended turf in our RHS Chelsea garden, is still a journey of ups and downs. World Vision reached over 1.6 million people with our emergency response during the epidemic. Thanks to our child sponsors in the UK we continue to stand alongside the people of Sierra Leone to help rebuild their economy, children’s education and create a bright future for girls like Musu and Maria. You can find out more about child sponsorship in Sierra Leone here. 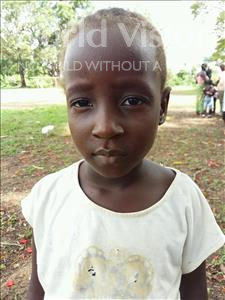 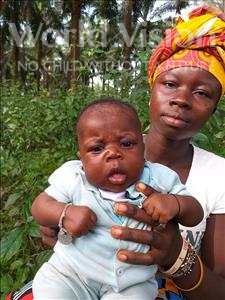 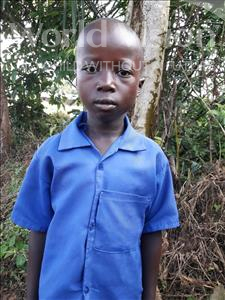 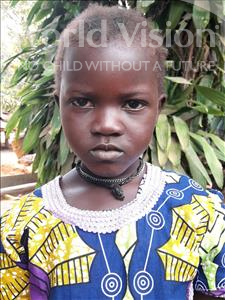 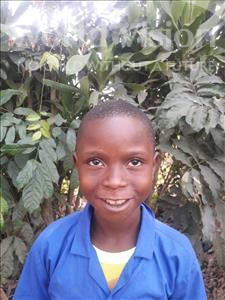 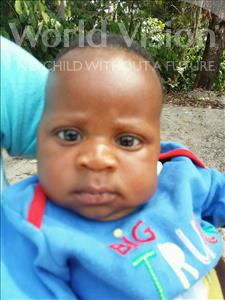 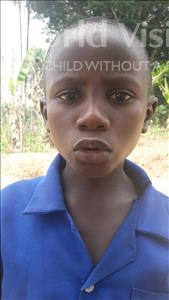 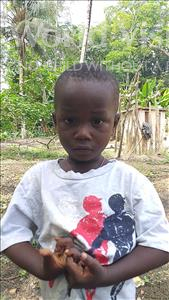 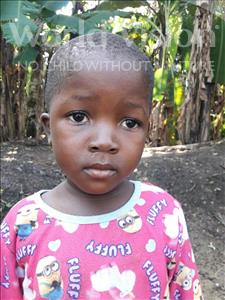 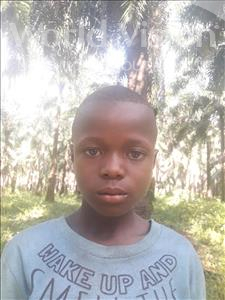 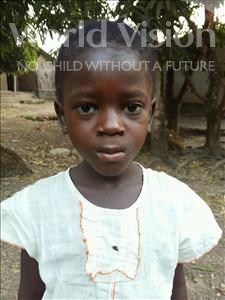 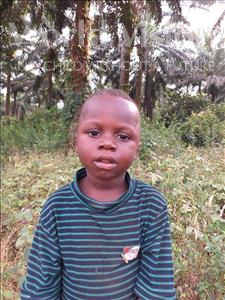 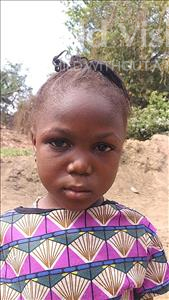 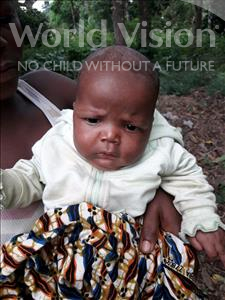 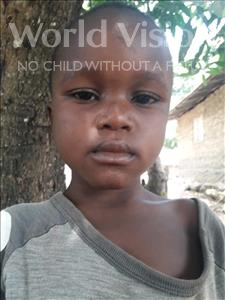 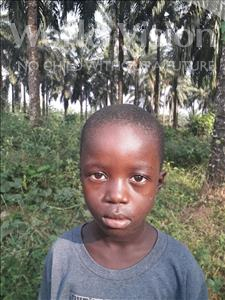 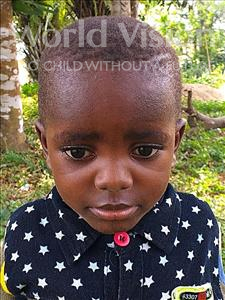 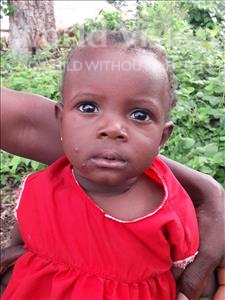 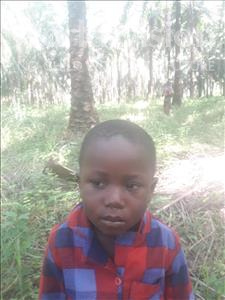 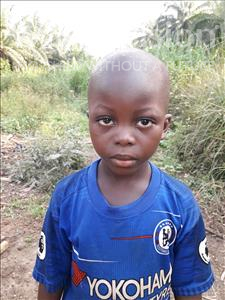