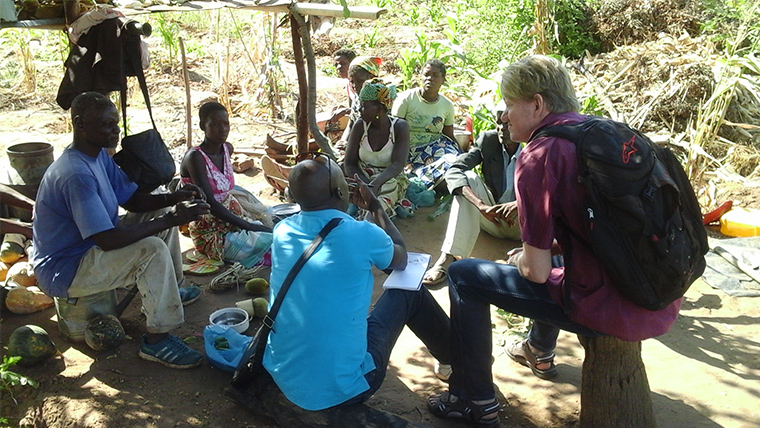 Travelling through Western Mozambique, it immediately becomes obvious what the problem is. Large bridges pass over riverbeds that are completely devoid of water. People are walking and even cycling where water used to flow. Most of the fields were planted with maize, but the crops are yellow and withered. It is clear that the drought brought about by this year's El Niño phenomenon is having a big impact on this country.

I am in Mozambique to visit our Chioco Area Development Programme, a community that is supported by child sponsors from the UK. 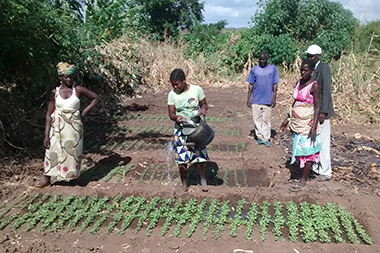 The first person I meet with is Silverio Francisco, a technician from the local Agriculture department. He tells me, “Last year we had some problems already, but that was mostly because birds were eating the harvest. This year's drought has come on top of that. People are moving to the low-lying regions, even trying to grow beans in the dry riverbeds, making use of the little humidity that is still there. But we expect that the food situation will get worse, especially around September this year.”

One of the strong points of our work is that we have a team of volunteers who are from the communities themselves who help our staff in their activities. They invite me to attend one of their weekly meetings. Ana Cristina, a World Vision volunteer, is the most outspoken about her worries: “Wherever we go we can see clearly that the drought has increased the vulnerability of children.”

The local farmers' association, set up with help from World Vision, sees the same problem. Their president Jorge Fazanimale tells me: “We saw that children were in danger of becoming hungry, especially orphans. So we decided to sell some of our goats to buy food for them.” 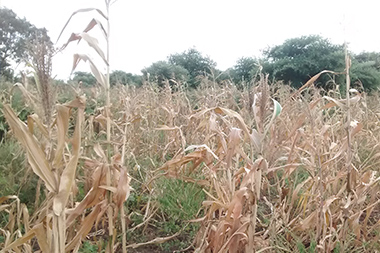 Growing maize has become problematic during the drought, so the farmers’ association also decided to begin a vegetable garden. I walk through beds where tomatoes, sweet potatoes and onions start to grow, and feel proud that we have been able to help with a water well, seeds and training. I can see that they had to dig deep for the well, but at least it still has some muddy water with which they can water the plants.

In this situation, it is more important than ever to protect children from harm. Tomas Sairoz from the Community Development Committee sees the risks. “The danger is that because of the drought, children will drop out of school, because they need to walk longer to fetch water or even because their parents are sending them to work.” Luckily, in this region school meals are still being provided, giving children an extra incentive to stay in school. “We've also been working with community and religious leaders, to make sure that children are protected,” Tomas says.

Another group that is trying to do their bit is the Health Committee, a group of mothers that received training from World Vision. Since buying food for young children has become expensive, they’ve started using the little food they still have to make a healthy porridge for their small children. And they've been reaching hundreds of families, coming together every week to teach other mothers to do the same. 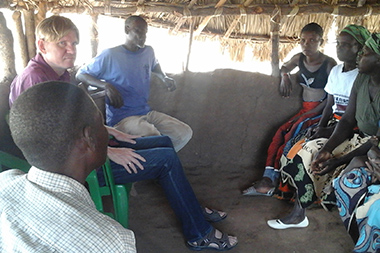 The Health Committee is also on the lookout in the community to see if there are children who are severely malnourished. Isaura Fuleza, treasurer of the group, tells me: “When we find such a child, we immediately take it to the hospital for first treatment, and afterwards we help them get on their feet again.” With a bit of pride, she adds: “In this way, we've managed to restore the health of 15 children already.”

It is heart-warming to see how the community is pulling together to get through the worst, but it is clear that they need more help. World Vision has recently launched our El Nino crisis appeal, calling on our supporters to help us make sure that children and their families make it through the droughts being caused across Mozambique and other countries without harm.

60 million people across Central America, Africa, Asia and the Pacific are at risk from drought, fire, flash floods and the crop failures, water shortages, illness and forced migration that follow them. By acting now we can help children and their families who've already been affected by El Niño and - crucially - we can protect others. Early intervention and preparation will protect children's lives and families' incomes, keeping communities afloat through the crises to come »