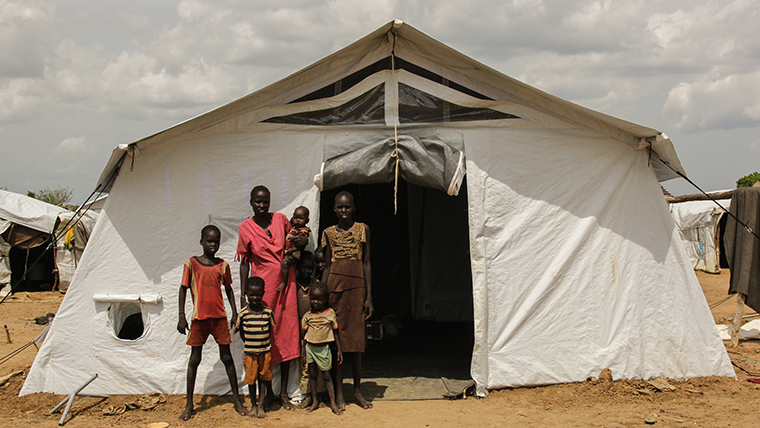 Yesterday, July 9, should have been a day of celebrations as South Sudan marked it's fifth year of independence. Instead, government festivities were cancelled due to lack of funds, and Juba’s hot and dusty roads were empty as people sheltered from a renewed outbreak in violence. On a trip a few weeks before, our Field Content Manager Steph Glinski spoke to people about the upcoming anniversary. 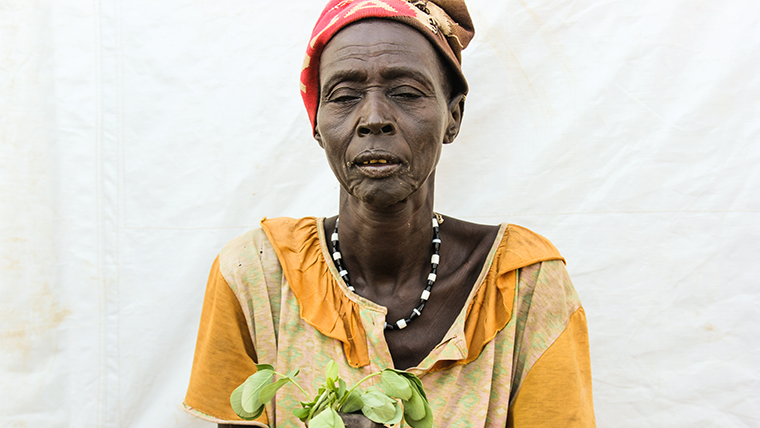 “My country hasn’t made great advances in the last five years. Insecurity remains the biggest issue. While my husband is still in Unity, our home state, I have fled the fighting with our children. I don’t know if my husband is alive and I have no means of contacting him. We left with nothing and we still don’t have anything. I can barely provide food for my children, but I can’t buy them clothes at all. My children have never been to school and they live in constant fear, as we have moved from camp to camp over the past two years. We never know when and where fighting might break out again. World Vision has provided a water pump and sends daily flour to make bread. Life is tough and I fear for my children’s lives. We just have bread and besides that, we eat leaves. There is nothing else.” 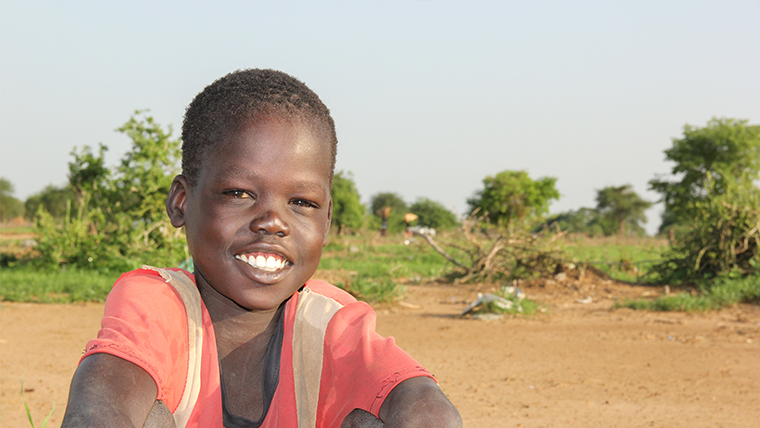 “I’m not happy. I hate that my dad and my grandma died. We live in a tent now, because we had to run away from our home. I was sleeping when the fighting broke out in my village. My mum woke us up and told us we needed to get dressed. I heard the shooting of guns; they were very close. We ran from our house but my father and grandmother were hit. We had to keep running, but they couldn’t come with us. They died. I’m very sad. Three of my brothers and two sisters are still missing as well. When we ran away, we never found them. Maybe they are in a different camp, but I don’t know. We had to flee many more times. Whenever fighting broke out, we had to run away again. I hope we are safe now. I used to work so that we could have food, but now we receive help and I don’t have to work for flour to make bread anymore. Life is not easy. I don’t want to run anymore.“ 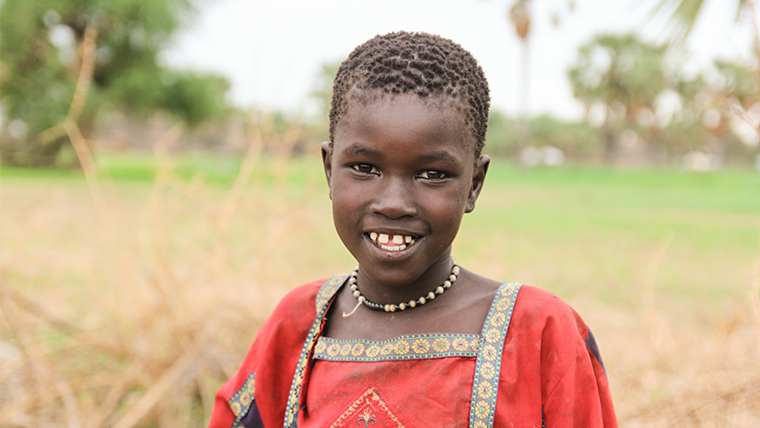 “It was dark and I was asleep when the fighting broke out in my village a few years ago. There were lights everywhere and I could hear gunshots. My family ran in different directions; that’s all I remember. I hid all night and in the morning, I wasn’t able to find my family anymore. I was scared and cried. I didn’t know what had happened. My aunt took me with her and we left my community by lorry. I was living in a camp for several weeks, until a few workers from World Vision came here. They took our names and information and several days later, they brought my mother here too. It was the happiest day since our escape.” 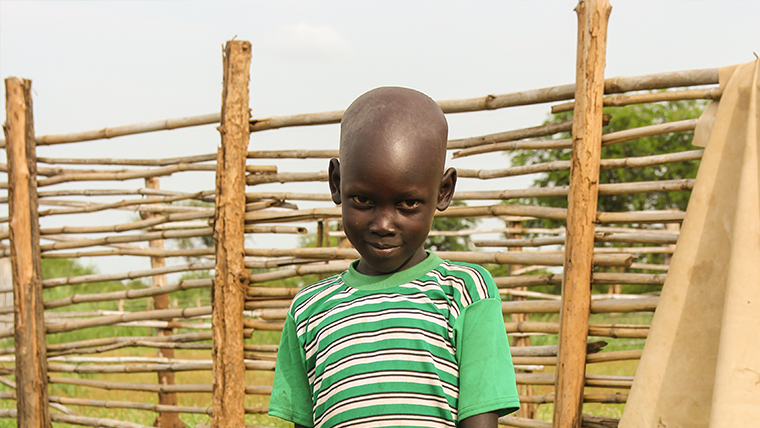 "I don’t have a football here anymore, so I collected rope and plastic bags over some time and I made my own football. It’s not very big yet, but I can play with it. I hope I can grow it bigger and have a real game with my friends here. When I lived in South Sudan, my dad bought me a football one day. I was so happy and I played with it every day. We had to leave South Sudan when my dad was killed. Many soldiers came with guns and bullets, so I ran away with my mum and my brother. We walked for many days before taking a bus. We now live in Uganda and I go to school here. The school is for refugees and it’s in my own language – ‘dinka’. It’s actually like living in South Sudan, except that it’s safe. Everyone in my village is from my country and many want to go back one day.” 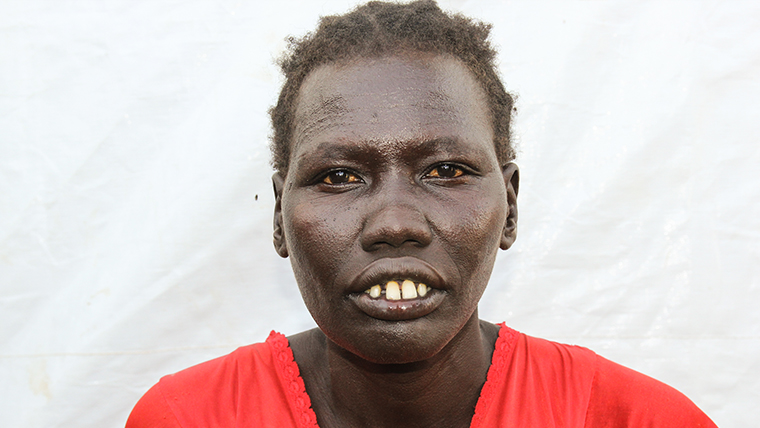 “I’m worried that the future for my children will be hard. They don’t go to school and have no perspective. I don’t even know where we’ll be living. If the fighting breaks out here, we will have to flee again. My husband is still in our village and he’s involved in the fighting. We agreed that it would be better for the children and me to leave. We couldn’t bring anything with us, so we fully rely on outside help. I love my country though and I’m proud to be a South Sudanese. I don’t want to go back to where we were before our independence. We have fought hard and we will keep fighting.”

World Vision has been working across South Sudan since 1989, but the situation has continued to deteriorate, displacing around 2.2 million people. Since the beginning of 2015 an estimated 13,000 children have been recruited to join the fighting and around 400,000 children are out of school, facing violence, kidnap and malnutrition. You can help to keep children safe and fed by supporting our work in South Sudan»