Soccer for Syrians: Bringing football to the children of Azraq

Simple things like giving children a safe place to run around and express themselves makes a huge amount of difference to refugees living far from home. From the exhilaration of scoring a goal and working as a team, to the comfort of finding emotional support, children and staff share the ways they’re benefitting from the football pitches we’ve built in Jordan’s Azraq refugee camp… 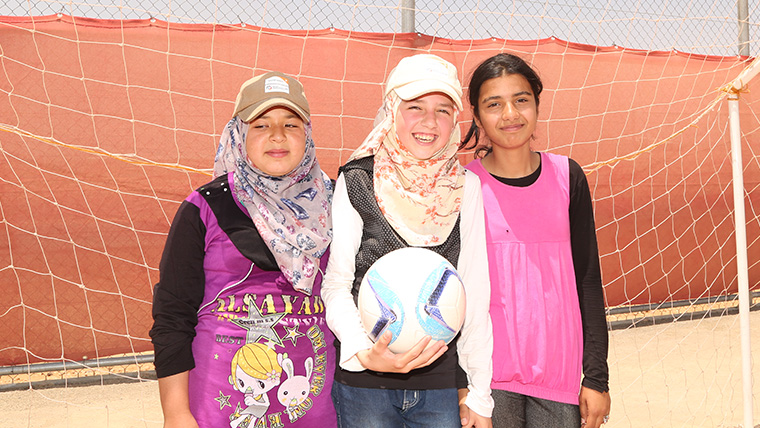 13-year-old Shaima (centre) loves coming to the pitches to play football - something she’d never done until she came to Jordan.

“I like coming to the football pitches to meet friends. I like to play football and I come here every day, I’ll even be back in the evening later to play again!” she says.

It’s currently school holidays in Azraq. There is a long break from football from about 12pm to 4pm during the heat of the day, but then football sessions resume in the cooler evening. “I encourage the other girls to play football as it keeps us active.” 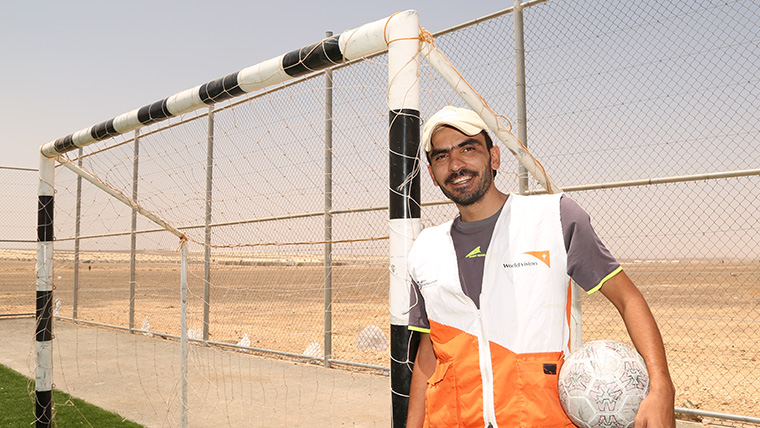 “I used to play for a famous football team in Syria called Al-Karamah. We got to the semi-finals in the Asian champions league in 2006,” says Akram. He has been in Jordan for two and a half years, coaching the boys’ teams and the older youth team.

“I was a kid once and I had football coaches and they were my idols. Now I have some experience and I can be a good example for these boys.”

“The best thing about being a coach is putting a smile on the children’s faces. This generation has been deprived of so many things. It’s a bit of compensation for them, to give them hope. The boys release their energy when they play football that could otherwise lead to aggression.”

“It’s a beautiful thing that there are Syrian refugees in the Olympics. It’s good that people still have determination to compete. When they eventually go back to Syria, the athletes will take those achievements back to Syria with them.” 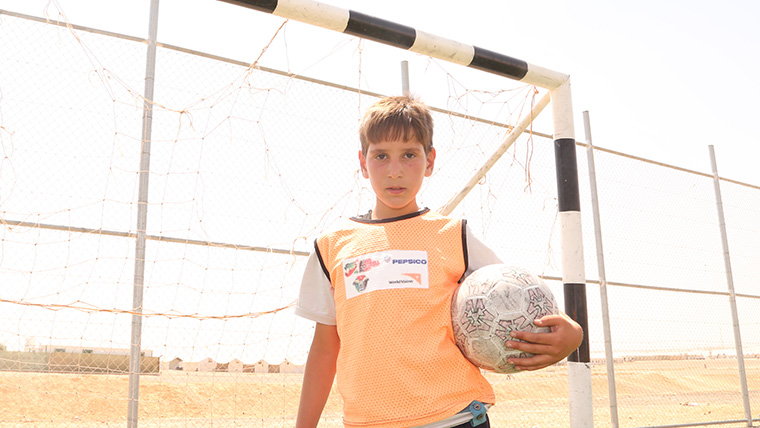 11-year-old Yaman is from Damascus, Syria and has been in Azraq refugee camp for almost two years. Ever since the football pitches opened for business last November, they and Yaman have been inseperable.

“I’ve made a lot of friends playing football at the pitches. I love all my friends. My best friend is Yehia, he plays in another team.”

World Vision distributes juice and bars made from dates to children attending formal schools in Azraq camp, and they give children like Yaman energy to play football and to enjoy themselves.

Of Syrian refugees competing in the Olympics, Yaman says - “If they win gold we will be very proud. They are heroes and we are very proud of them.” 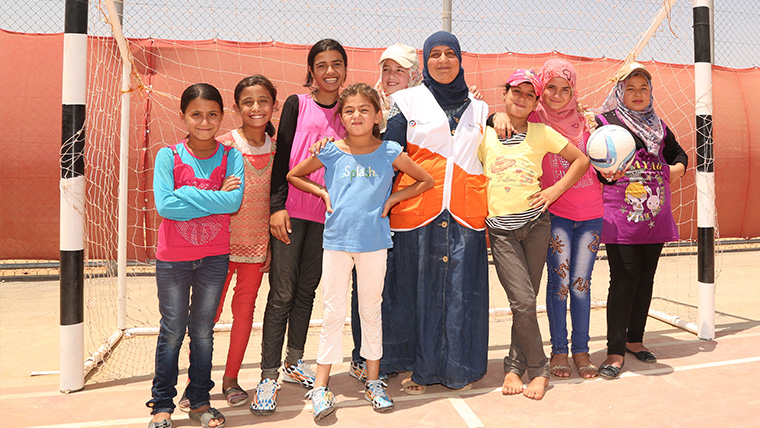 Raja is from Dar’a, Syria and has a two-year-old daughter and a three-year-old son. She’s been living in Azraq camp for two years but has been a football coach in the camp for just two months.

“It’s beautiful for the girls to play football. I used to enjoy playing football back in Syria, and liked it more than any other game as a girl.”

For Raja, the football pitches not only bring children together, but also offer them a place of emotional support.

“The girls talk to me about their problems, they open up to me. I cry with them sometimes.” 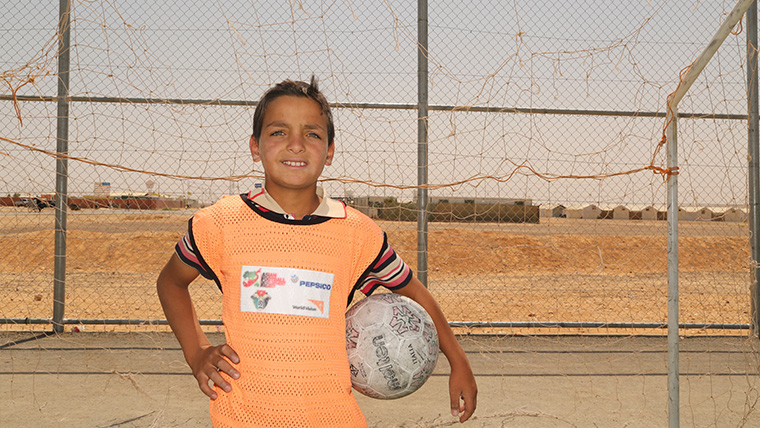 “It makes me happy that there is a place to play football in the camp and I’ve been playing on the pitches since they opened. I feel happy when I score a goal but I enjoy playing football and spending time here, even if we don’t win.”

As the crisis in Syria continues, an important part of our ongoing reponse is to support refugees who have sought safety in the surrounding region. In addition creating facilities at Azraq refugee camp, we've been providing remedial education for children, distributing food and water vouchers and running child friendly spaces to ensure vulnerable children get the support they need. You can find out more about the refugee crisis appeal here »