Desperate to eat: Malawi in the grip of El Niño 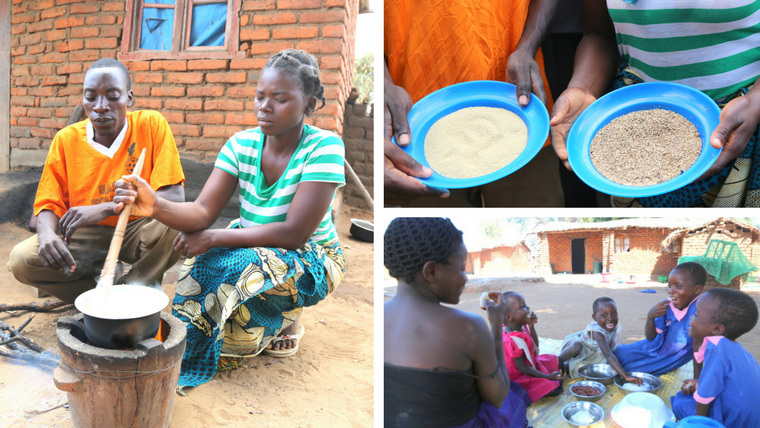 As El Niño-related drought sweeps through Malawi, Flora and her husband have become increasingly desperate in their attempts to feed themselves and their three children. Before World Vision could distribute maize in her community, Flora’s family had resorted to eating seeds usually fed to birds. She describes the situation they, and many other families, are facing…

Flora, 28, and her husband work as farm labourers to provide an income for their three children. But with recent periods of severe drought affecting food production, work has been hard to come by and despite measures like selling firewood from a restricted wildlife reserve, they still don’t have enough to sustain them.

Agriculture is the main livelihood in Malawi, but due to severe drought, farming has been seriously affected. According to a UN assessment, around 2.8 million people won’t be able to meet their annual food requirements during the 2015/16 harvest.

Like many others in her community, Flora's family was facing the pinch of food insecurity that is affecting most Malawians.

“I was almost losing hope, but we needed to find other ways to feed our children,” says Flora.

Due to the recent drought, Flora and her husband had been unable to find work as farm workers. In order to survive, Flora and the other residents of her village collected kadanga seeds as an alternative to maize. Kadanga is a variety of grass that grows in swamps and is a common food for birds.

Flora joined her neighbors on their knees pulling up handfuls of the plant. It would take them almost five hours to fill a 20-litre bucket with kadanga grass seeds.

“It’s time consuming to cook this food but we have no other option," she explains. The seeds are smaller than rice and are also poisonous to human beings if not properly processed.

“I felt so scared whenever my family ate the meals made from kadanga seeds, but this was our only option to survive,” says Flora. “That’s why I had to make sure that I prepared and cooked it well.” 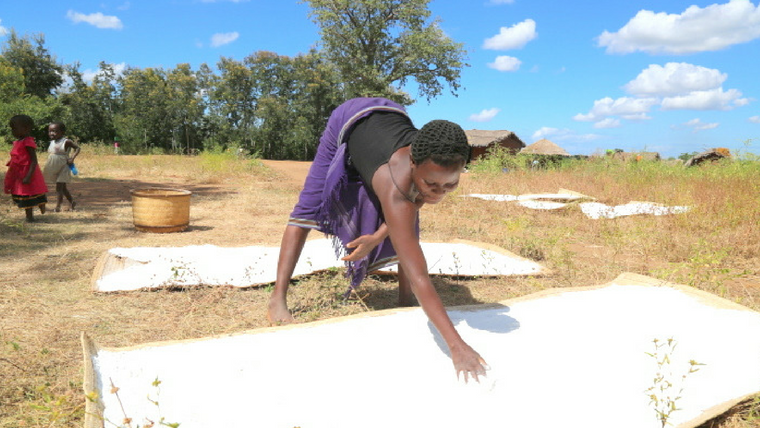 To help families like Flora’s cope with food insecurity in Malawi, World Vision has distributed maize and soya to 788 homes in her community. A total of 1,577 families received maize in the wider Chinguluwe district of southern Malawi.

“I’m very thankful that I could finally cook nsima from the maize, for my children,” Flora says. Nsima is a staple food in Malawi made from ground maize flour, and doesn’t require the kind of careful preparation required when using kadanga grass seeds.

Flora added, that with the 100 kilograms of maize given to them by World Vision (which should last for two months), she would now have more time to take care of her children and help them at school.

“When I received the bags of maize, I felt God’s hand working in our lives at this difficult time,” she said.

About 6.5 million Malawians will be greatly affected and in need of humanitarian aid during the forthcoming growing season. About 975,000 children and women are in need of immediate nutrition assistance. Through our El Nino Crisis Appeal you can help us to support over 1.7 million people affected by El Nino across nine countries in Southern Africa»