Raising voices in Westminster: preventing sexual violence in conflict, and stigma for survivors 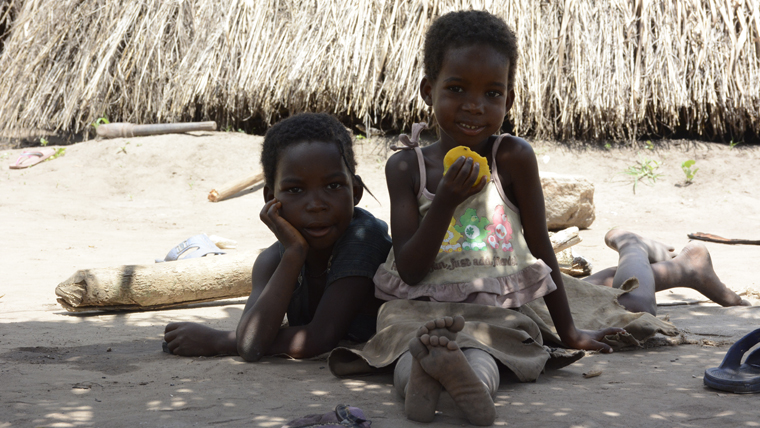 This morning, the House of Lords Committee on Preventing Sexual Violence in Conflict is due to publish a long awaited report. The committee was created in June 2015, a year after the Global Summit to End Sexual Violence in Conflict that was co-hosted by William Hague and Angelina Jolie almost two years ago now, in June 2014. The role of the committee? To consider the UK Government’s policy and practice in preventing sexual violence in conflict.

It’s a subject that our organisation does a huge amount of work on, and we’ve been following the committee closely. Back in 2014, part of our role at the Global Summit was bringing Angela, who survived rape and kidnapping by the Lords Resistance Army to share her story as a survivor. And when the committee opened a call for evidence last November. We were well placed to offer advice and findings from our own research.

How can the House of Lords help survivors of sexual violence in conflict? Stamp out stigma

The answer to this question is in fact, relatively simple: by listening to the voices of survivors and their needs.

Over the past year we have been working with the committee to once again highlight the voices of survivors like Angela.

Our research, formed primarily from interviews with survivors and other community members in the DRC, South Sudan, and Uganda, pointed out again and again that in order to improve prosecution rates for perpetrators and allow victims to seek justice, we must recognise the link between stigma and accountability.

If survivors of sexual violence in conflict face stigma, which they almost always do, this hinders their recovery and often means that those responsible are not held accountable. When we talked to some of the communities we work with in South Sudan, half of everyone we spoke to had either experienced gender based violence or knew a neighbour who had. Out of the proportion of people who were willing to report violence to seek justice (already just 70%), only 24% of those said they would go to the police. This cannot go on. 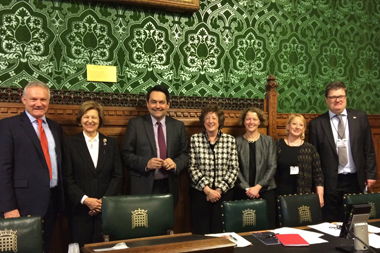 Last month our Policy and Public Affairs team brought together Ministers, MPs, Peers and social justice experts together at the House of Commons to discuss our report No Shame in Justice. The aim of the discussion was to look at ways that UK government departments can work together with aid agencies to address the issue of stigma related to sexual violence in conflict.

The event, held ahead of the publication of the House of Lords report, was an opportunity for us to bring the stories, voices and most importantly, needs of survivors, many of them children, into the conversation.

Sexual violence blights the lives of hundreds of thousands of children across the world. Children like nine-year-old Marie from South Sudan. Marie lives with her grandmother and great aunt in a camp for people who have been displaced by the violence that has rocked South Sudan since December 2013.

They used to live in the town of Malakal, where Marie also used to attend school. Now both school and home are tents. Like many girls her age, Marie has to carry water for her family from outside the camp. For girls like Marie, not only is carrying 20 litres of water physically harmful, but travelling outside the Protection of Civilian (POC) site exposes them to further dangers, such as maiming, abduction and sexual violence.

And sometimes, even the protection camps don’t manage to keep people safe. In February, violence erupted from within the POC at Malakal itself and 70% of the camp (over 1000 makeshift shelters like the one Marie was living in) burnt to the ground. Now 45,000 people, about half of them children, are living in a formerly abandoned area of the camp, more vulnerable than ever before.

In other parts of South Sudan, children are being kept from school for fear of what might happen to them if they attempt the journey. One of our staff members recently visited the home of a father we’ve been helping with healthcare, and found his young children at home in the middle of the day. The only school in the village is far away from home and their father is concerned that they might not be safe if he lets them walk to school. At night the family sleeps altogether, concerned for the safety of any children or girls left alone.

This is the everyday reality for girls and women – as well as boys and men – living in conflict affected states. Marie should not have to fear attacks, and if the worst does happen, she should have access to justice without facing stigma.

So, as the Committee launches its report today, what do we hope to see?

For a start the report should acknowledge the need to stamp out stigma. For too long the issue of stigma has been absent from the debate around. We know that survivors need this to change. They’ve told us.

Rob Henderson is a Public Affairs and Advocacy Officer at World Vision UK. You can follow him on twitter for policy updates and the occasional unrelated tweet. You can read more on World Vision’s work regarding stigma and ending sexual violence in conflict and how you can help.