A child's nightmare, a nation's heartache: Children growing up fast in South Sudan 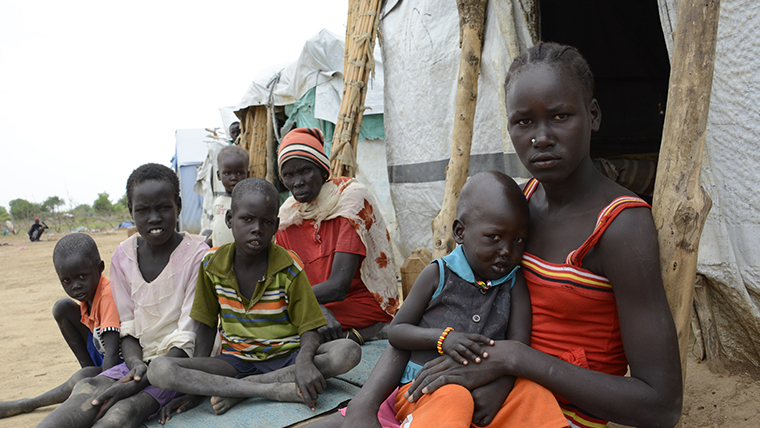 When her parents were killed, 16-year-old Achol suddenly found herself responsible for her younger siblings. Just a child herself, Achol’s new role as caregiver is typical of many children whose lives have been changed forever by the conflict in South Sudan. Having fled the fighting, Achol tells us about the hardship of daily life in a camp for displaced people, and the constant struggle she faces to provide for her young family.

When fighting broke out near to the camp where they were living Achol and her siblings fled the pandemonium, leaving all of their belongings behind.

“Mum and Dad were killed in a crossfire. When they were killed, there was nothing we could do. We had to keep running for our lives,” she says, looking away to hide her tears.

Like many other South Sudanese children, Achol and younger siblings were born away from home in a camp for displaced people in Khartoum, Sudan. Her parents had sought refuge there when they fled the war in South Sudan in the 1990s. Sadly, further outbreaks of conflict in 2013 ruined the joy of returning home and crushed the dreams of Achol’s parents, who had hoped to find peace and prosperity in their newly emerging country.

Before the conflict, the family had lived in a town in northern South Sudan.  In comparison to the camp in Sudan, Achol says life was no better there; her parents had to work hard to bring food to the table. Her father worked as a mason and her mother washed clothes to make ends meet. Despite the work, they were still so poor that they couldn’t afford to send Achol to school.

“When we were in South Sudan, my father would bring food home. Now that he is gone I collect firewood in order to have enough money for food,” Achol told us. 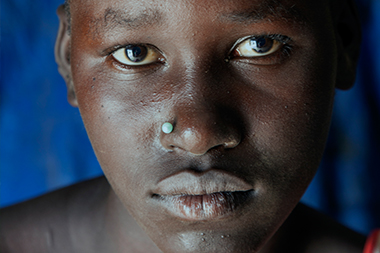 Collecting firewood or growing food have become the main ways in which women and girls can help to support their families in the camp. Achol says that sometimes she leaves the camp at 10am and doesn’t return until 6pm. She then takes the firewood to the market the following day to be sold.

“I worry about food every day. There is nothing much to be done here as we have no farm to cultivate,” says Achol.

Achol has so far done well by collecting and selling firewood with her young sister. With the little income that she gets, she is able to put food on the table. However, without parental care or support from relatives, Achol’s life, and that of her sibling’s, hangs in the balance.

Despite the hardship of life in the camp, Achol still dreams of life returning to normal so that she can attend school and one day become a doctor treating sick people.

“We need peace; the world needs to help bring peace to the country; we are suffering and we don’t have the power to stop the war,” Achol says, sadly.

Achol is one of thousands of South Sudanese children who are separated from their family because of war. Since the beginning of the conflict, World Vision has reunited 104 out of the 236 children who were separated from their families in Warrap and Upper Nile States. We've also established Child Friendly Spaces to help children recover from trauma, as well as constructing new water wells to provide safe drinking water to displaced people and others in the area. You can help support this vital work by visiting our South Sudan Crisis Appeal page >>